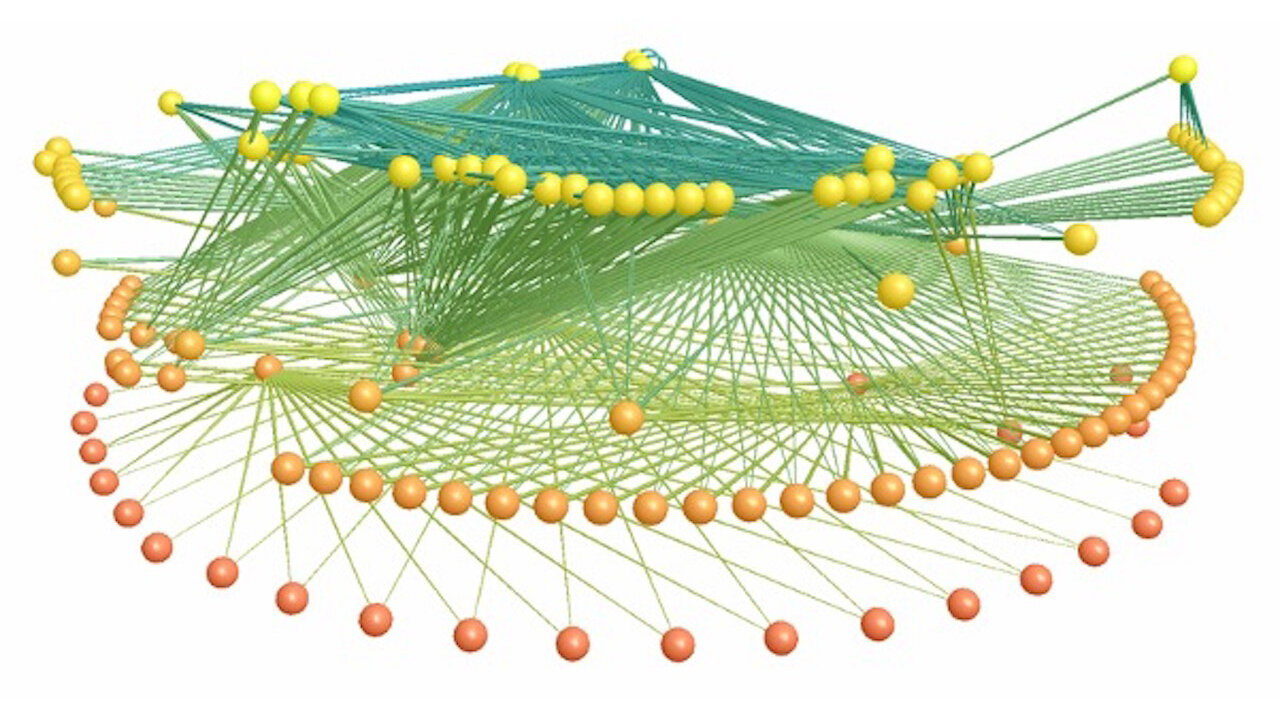 If you want to understand an ecosystem, look at what the species within it eat. In studying food webs—how animals and plants in a community are connected through their dietary preferences—ecologists can piece together how energy flows through an ecosystem and how stable it is to climate change and other disturbances. Studying ancient food webs can help scientists reconstruct communities of species, many long extinct, and even use those insights to figure out how modern-day communities might change in the future. There’s just one problem: only some species left enough of a trace for scientists to find eons later, leaving large gaps in the fossil record—and researchers’ ability to piece together the food webs from the past.

“When things die and get preserved as fossils, all the stuff that isn’t bones and teeth and shells just decays,” says the Santa Fe Institute’s Vice President for Science Jennifer Dunne, a veteran food web researcher. “Organisms that are primarily soft-bodied, they usually just disappear from the record altogether.”

A new paper by paleoecologist Jack Shaw, a Ph.D. student at Yale University who led the study, Dunne and other researchers shines a light on those gaps and points the way to how to account for them. “The missing components of the fossil record—such as soft-bodied organisms—represent huge gaps in understanding ancient ecology, but we haven’t thought extensively about how those gaps are affecting our inferences,” Shaw says. “We’re taking the fossil record at face value without critically thinking about how face value might not be robust and accurate.”

Focusing on the absence of soft-bodied taxa in the fossil record, the study, published in Paleobiology on January 14, notes that accounting for these data gaps is vital for forming a more accurate picture of ancient food webs. By only looking at fossilized taxa, without accounting for the loss of soft-bodied organisms to the sands of time, for example, researchers might make the mistake of assuming the ecological community was structured differently and less stable than it actually was.

But by drawing on network theory, the researchers were able to show that the inclusion of soft-bodied organisms is vital for realistic depictions of ancient food webs. They found that ecological differences between soft- and hard-bodied taxa appear in the record of an Early Eocene food web, but not in much older Cambrian food webs, suggesting that the differences between the groups have existed for at least 48 million years.

“Geologists and biologists assume that soft-bodied and hard-bodied things have distinct life habits—where they live or who they eat—but we actually quantify it here using network analysis,” Shaw says.

He and Dunne hope the study will help strengthen future research in the burgeoning field of ancient food web reconstruction. “This work is really important, because it’s grappling with some of the fundamental uncertainty relating to the fossil record,” says Dunne.

“The methodology can be applied to various other types of biases,” not just the soft-bodied organism related bias, Shaw notes. “We’re hoping to start being more critical of ancient food webs and perhaps opening them up to being more robust. A better grasp on how ancient food webs were affected by perturbations will allow us to make better predictions of what future ecosystems may look like.”

This document is subject to copyright. Apart from any fair dealing for the purpose of private study or research, no
part may be reproduced without the written permission. The content is provided for information purposes only.